Yesterday afternoon some friends and I drove to Brooklyn for the afternoon.  I had taken timelapses of the Brooklyn Bridge before but never on the bridge itself!  We had some Pizza at Grimaldi’s and then went for a walk to the bridge.  I was looking to take some photos of the bridge and cars underneath since I thought it was a pretty cool scene.  Towards the middle of the bridge there was an overlook of the driveway.  I set up my little tripod near the floor and started shooting.

The cars were moving pretty fast so I used a 2 second interval.  I used a variable ND filter and set my exposure to 0.5 seconds, ISO 100 and f/25.  I used 0.5 seconds to blur the cars a little bit but also because the bridge was shaking quite a bit with al the traffic and people.

I was in manual exposure the entire time and only shot 200 photos.  This timelapse was very quick, about 7 minutes.  This shows you that timelapse doesn’t have to be long!  The editing process is also much quicker with a short video since exposure doesn’t change much!

Overall the video turned out pretty nice! Worth the trip for sure! 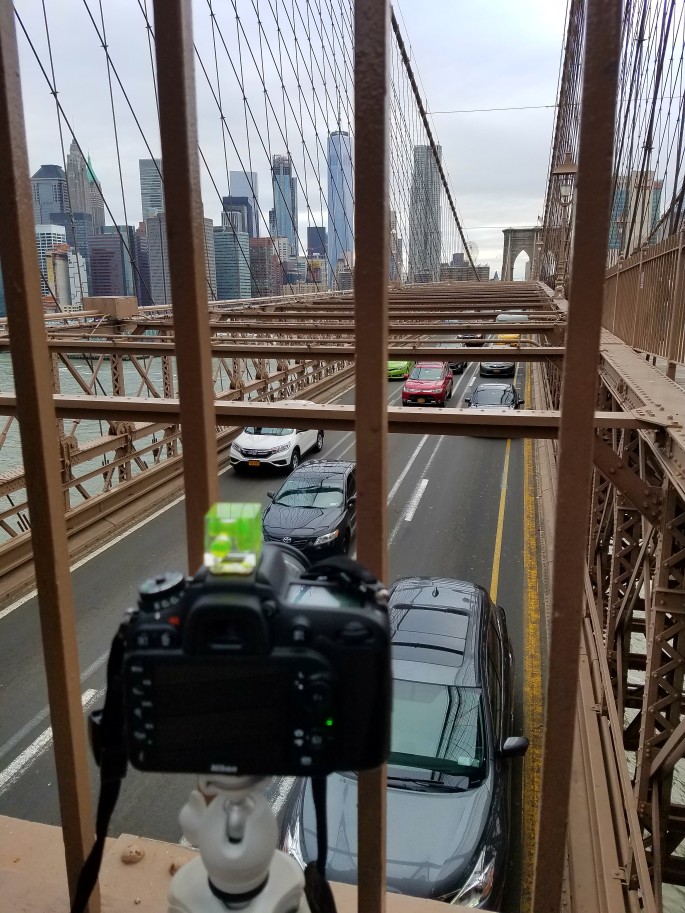 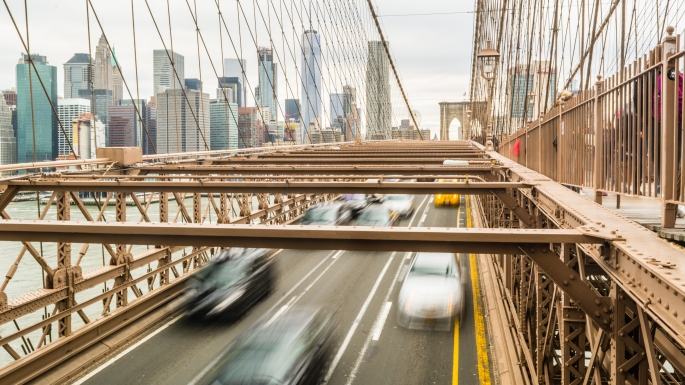