We finally arrived in Portugal!  The plan is to stay two nights in Lisbon and three nights in Porto.  After an overnight flight from Newark we were ready to begin our journey.  We arrived around 830 in the morning and got to our hotel in central Lisbon near 1030.  Not too bad of an airport or customs experience at all!  The trains are also really convenient in Lisbon with clear maps and stations everywhere.  Our flight was a bit tiring considering the constant turbulence but we still had to make most of the day.

The weather was a bit iffy, not too cold at about 55 deg F but some rain and fog.  I was hoping the clouds would clear up.  We decided to head for a day trip to Sintra which is about 45 min away by train from Lisbon.  We bought n all day train pass including the Metro so it was easy getting back and forth.

Sintra sits on top of a hill with a castle and palace.  The town itself is pretty cool with very narrow and windy roads and lots of shops.  There is a town bus that takes a loop around all the destinations and most importantly take you up the hill!  The castle and palace sit on top of the hill so it was even a bit more windy and foggy.

The first location we visited was Castle of the Moors.  The castle is from the 9th century and sits overlooking the town.  The views were amazing…when they weren’t covered by fog!  I found a composition with the castle wall and town that seemed pretty cool.  The fog was moving incredibly fast so I was hoping to get a shot of the castle and fog going in and out.  For this shot, I used a 1 second interval at 1/250 second shutter speed with ISO 400 and f/9.0 with my 28 mm f/2.8 lens.  The video turned out pretty cool with the fog moving so quickly.  I wish I could do an interval faster than 1 second though!

The next spot was the Palacio de Pena which is a beautiful palace very close to the castle full of colors and neat little walkways.  The location was honestly so cloudy and misty that I could not find a single photo to take for a timelapse.  I was trying to play around with a hyperlapse but nothing worked…. 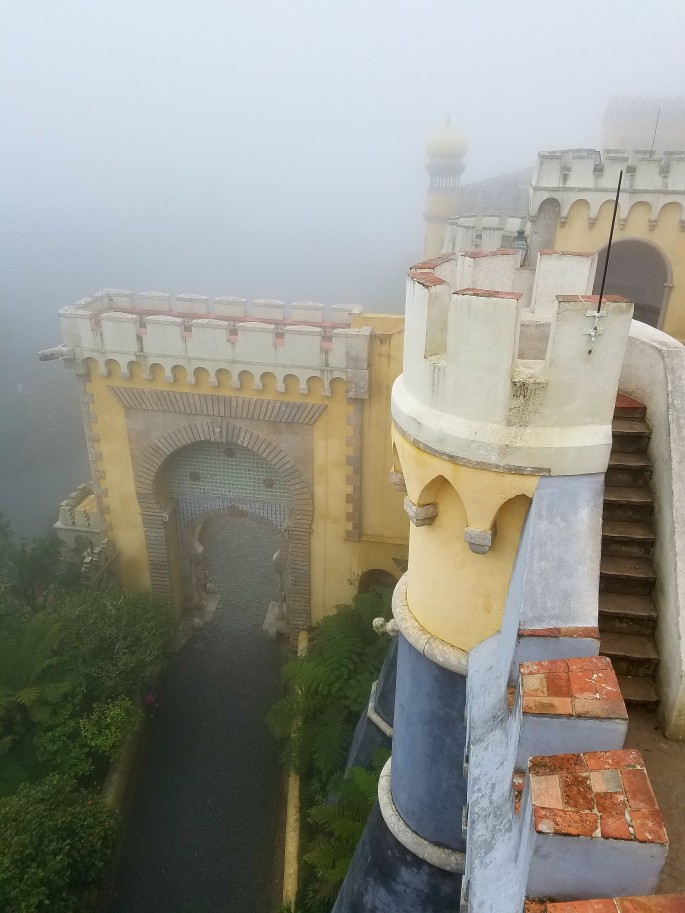 After Sintra we took the train back to Lisbon and went to the movie theatre to relax.  We watched Star Wars which was great!  The movie theatre was underneath an old bull fighting ring called Campo Pequeno.  The mall was in the basement of this theatre so after the movie I stopped for a timelapse of the stadium and streets which turned out to be pretty cool.  For this timelapse I used a 2 second interval with a 1 second shutter speed at ISO 800 and f/11.  I used a 2 interval since the cars were moving pretty quick and I need at least one second in-between photos for the camera and memory card to reset for the next photo.  I think the video turned out great with the street and crowds in front of the stadium! 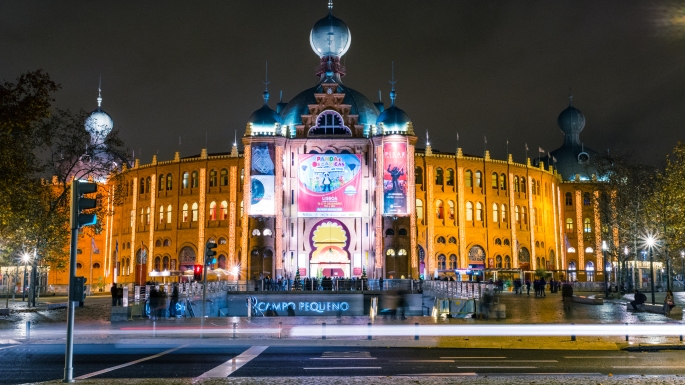 Afterwards we went back to the hotel and saw our street lit up for Christmas.  The lights around Lisbon have been really cool so far!  Long day but a great adventure so far! 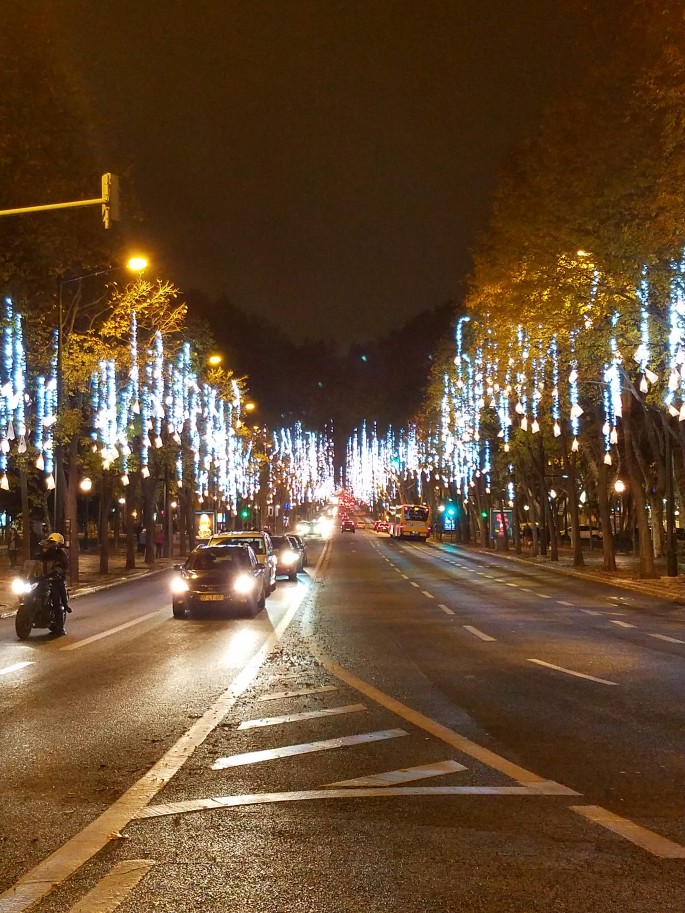 Keep up to date for more posts from Portugal!