The full moon this cycle is the closest to the earth in the past 68 years.  I had perfect weather for photographing the moon on Sunday night.  There was literally not a cloud in the sky and the moon was passing over my balcony around 8pm at night.

I personally don’t have much experience photographing the night sky but I wanted to make sure my ISO was down and the focus was set correctly (previous mistakes!).  I set up my tripod on my balcony table and used my zoom kit lens (55.0 – 300.0 mm).  I ended up using the full zoom capability at 300 mm.  In addition to being close, the moon was also super bright which means my settings were pretty favorable for sharpness (ISO 250, f/5.6, 1/640 sec).  The moon can lose sharpness with high ISO or longer shutter speeds since it does move pretty quick through a frame!

For my timelapse I just anticipated using 3 second intervals knowing that the moon will move pretty quickly through a frame.  I set up the image with the moon in the lower left corner and let it move up and to the right.  The camera was still the entire time on the tripod but there was some flicker on movement when I was waking around.  The camera and zoom are really sensitive with the big lens on a balcony.  In the end the shot worked pretty well.  I had to smooth the motion with Warp Stabilizer in Adobe After Effects.  I ended up taking 488 photos over 25 minutes for the video.  The moon looks really crisp and the timelapse has pretty smooth motion! 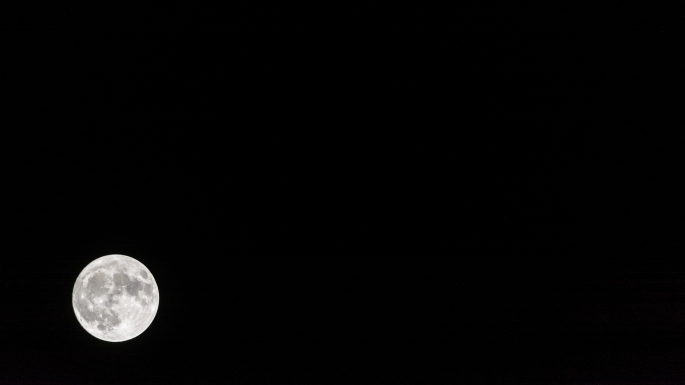 One thought on “Timelapsing the Beaver Moon!”