Check out some of my previous work from Argentina, Mexico, Japan, Portugal, Spain, Ireland, France, and the United States!

My first video is from a trip to Argentina where I went to Buenos Aires.  An absolutely beautiful city and my highest recommendation!

My second video is a timelapse compilation from Chichen Itza in Mexico.  The site has a night show which is an epic scene to see and walk around at night!

My next videos are from a two year long project of filming New Jersey and New York City. I moved to the state two years ago and was impressed with the diversity of urban and landscape scenes!

My next video is a compilation from Washington DC, an amazing city worth visiting!

Other travel videos are from December 2017 with a trip to Portugal including Lisbon and Porto!  Some of the most scenic cities I’ve ever visited!  The next one is a weekend trip to San Antonio, Texas. Highly recommended spot for a relaxing trip!

My next video is a trip in May of 2017 to Ireland where I visited Dublin, Kinsale, Kerry, Dingle, Galway, and Belfast.  The weather was absolutely perfect!

The next video is from my trip to Japan in the fall of 2016.  I spent ten days traveling the country by train to Kyoto, Osaka, and Tokyo seeing lots of cool sites along the way!

This next video is a timelapse video from Barcelona over a long weekend in 2015.  Barcelona is one of my favorite cities ever and its truly remarkable! I’m amazed how much I managed to see over four days.  A truly inspirational experience.

This next video is from a family vacation that included five national parks.  We drove over 3,000 miles from San Francisco to Salt Lake City but it was totally worth the effort.  Each of these parks has the WOW factor for sure!  This is also my first 4K video!

Continuing the National Park theme this next video is a day trip to Shenandoah National Park in Virginia and Skyline Drive which has some of the most epic view points I’ve seen.

I first picked up my timelapse hobby while living in Ireland. Over a period of few months I compiled a few videos during some trips across the island.  Wish this video was longer for sure!

This is a short video of the dramatic scene that is the Eiffel Tower at night! This was filmed while enjoying a bottle of wine on the lawn in front of the tower.

I was in San Diego for a work conference and short spring break this year and got a chance to shoot a few videos.  My schedule ended up being pretty busy but I managed to get a few timelapses in during my trip! Really beautiful area!

Also my blog has been awarded Top 20 for Timelapses! 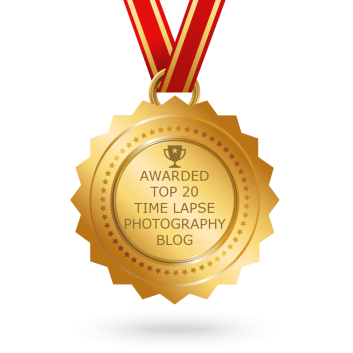